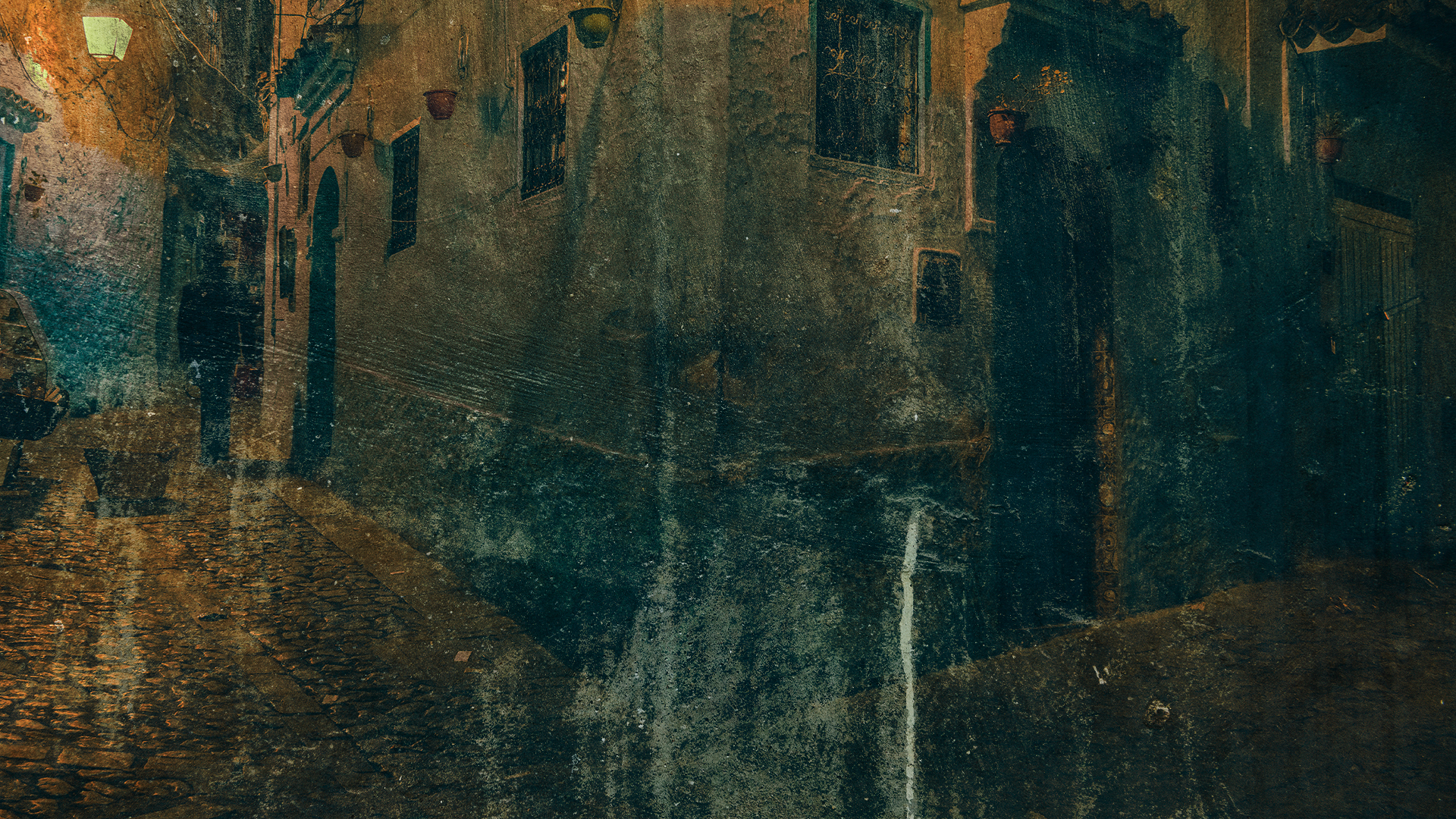 Home and Emotions in Philippians: Continuing the Conversation

From Bloc Party to Philippians

Growing up in England in the ‘noughties’, I developed a keen interest in the British indie rock scene of the time. One of my favourite groups who were particularly active in that decade was Bloc Party. Fronted by a man of Nigerian descent, Kele Okereke, their songs touched on many themes, including ethnicity and race, before the ‘Black Lives Matter’ movement was born. One song, ‘Where is Home?’, has especially remained with me. With its repeated refrain – ‘In every headline we are reminded that this is not home for us’ – the song problematises the notion of home for black communities in Britain following the murder of teenager Christopher Alaneme. It is no doubt one of Bloc Party’s most visceral songs whose emotion can still be felt today.

On reading and rereading the apostle Paul’s letter to the Philippians over the last few years, this song has often come to mind while exploring issues of homecoming, ethnicity, and emotions in the letter. From the perspective of the Philippians, having given their allegiance to this nascent Christ movement, did they – or could they – see the Roman colony of Philippi as home any longer? Historically, many scholars have read and interpreted the letters of Paul, including Philippians, through predominantly political, and particularly, counter-imperial lenses.[1] While there have been valuable contributions in this area, in recent times, a growing number of scholars have also considered the emotions of these early Christ-followers, including Paul, from details in the letter.[2]

A significant crux interpretum of the letter concerns the extent of the Philippians’ unity. Some interpreters have focused on a perceived lack of unity among the believers. Paul exhorts them to focus only a worthy way of life in keeping with the gospel in decidedly political terms (Phil 1:27). By then directing them towards a shared stance ‘in one spirit, competing with one soul’, some scholars have detected a censure of their current internal relationships and emotional state.[3] This censure is thought to be more pronounced when they are encouraged towards a more unified mindset (φρόνησις) based on neither selfishness nor vainglory (Phil 2:2-3). Further, the disagreement between the two women, Euodia and Syntyche (Phil 4:2-3), is often taken to be symptomatic of wider disunity within the assembly.[4] Such disunity might have resulted from differences in social standing: while most of the Philippian assembly are thought to have lived from modest means, it is possible that there were wealthier members whose penchants for present, earthly luxuries were confronted through the focus on heavenly belonging (Phil 3:19-20).[5]

On balance, however, there is greater evidence in the letter that the Philippians were reasonably concerted. This is manifest in their loyalty to the apostle Paul by way of financial partnership.[6] Even if Philippians might not be wholly classified as a letter of friendship[7] – the form of such a letter-type in antiquity is, in any case, hard to determine – when addressing the Philippians, he does so on philophronetic terms. The passage which is most often seen as a rebuke of them, viz. Phil 2:30, is usually misconstrued in translation. The NRSV, for example, implies that Epaphroditus was risking his life to make up for those services that the Philippians could not give Paul. Instead, the concepts of ‘filling up’ (ἀναπληρόω) and ‘want’ (ὑστέρημα) cancel one another out and taken together signal Epaphroditus’ discharging of their service (λειτουργία), which has already been praised in Phil 2:17.[8]

Moreover, as both their apostle and friend, Paul appears more preoccupied with their emotional wellbeing and, connectedly, their moral progress. He recognises and takes seriously the opposition that they are facing (Phil 1:28) and goes so far to say that they undergo the same struggle (ἀγών) as him (Phil 1:30), and towards the end of the letter,[9] directs them away from anxious feelings (Phil 4:6). Given these circumstances, Philippi is unlikely to have been considered home by most of the Philippians and they are in no way rebuked for wayward practices. In fact, there is sympathy for them in the face of opposition.

Home and Emotions for Paul

While Acts records that Paul hailed from Tarsus (Acts 9:11, 21:39, 22:3), none of the letters makes anything of Tarsus as Paul’s home. Instead, his apostolic ministry was largely itinerant in nature. The repeated imprisonments he endured, however, were the greatest barrier to his movement and could be viewed as forced exiles. Philippians is, of course, a prison letter but he is relatively untroubled by his actual imprisonment in comparison to the progress of the gospel that results from his chains that are clearly in Christ (Phil 1:12-13).[10] Elsewhere, however, Paul confesses to a degree of grief: Epaphroditus’ preservation, which he attributes to the mercy of God, means that Paul avoids grief on top of pre-existing grief (Phil 2:27). In this case, Paul’s grief is hard to define with certainty; but those who catastrophically impose circumcision upon gentiles (Phil 3:2)[11] are unequivocally a source of grief for Paul: they bring him to tears and he describes them acerbically as the ‘enemies of the cross of Christ’ (3:18). Paul, therefore, is also suffering physical and emotional dislocation as he writes to the Philippians.

Although I have approached it from a slightly different angle here, these emotional perspectives form the background for my forthcoming article in Novum Testamentum that focuses on heavenly politeuma (Phil 3:20) as a locus of collective consolation for both Paul and the Philippians. I argue that Paul constructs a consolatory narrative that culminates with a cosmological vision of heavenly citizenship that brings consolation to himself and the Philippians in their shared grief. There are some important overlapping elements from contemporaneous ancient philosophers that an extended comparison with Seneca’s De consolatione ad Helviam matrem (On Consolation to Mother Helvia) helps to elucidate. There are, however, also differences relating to the identity of Paul’s opposition and the future transformation that is envisioned through the pneuma of Christ.

This reading builds on Paul Holloway’s pioneering work that argues that Philippians is fundamentally a letter of consolation.[12] While I believe that there are other concerns in the letter – particularly in relation to exemplarity and moral progress – reading Philippians with regards to ancient theories of consolation and emotion more generally, opens avenues that broadly political and counter-imperial readings can attenuate. It allows us to enter the mindset of these fascinating early adherents to the Christ-movement from diverse ethnic groups around the Roman Empire more fully.

This, in turn, might help us relate to the grief of those in our societies who do not consider certain towns, cities, and islands to be home.

[3] E.g., Markus Bockmuehl, A Commentary on the Epistle to the Philippians, BNTC 11 (London: A. & C. Black, 1997), 105: ‘Paul’s proposed response to external adversity highlights as the key obstacle not weaknesses of doctrine, but weaknesses of the knees and flawed relationships!’. Although I shall praise his work below, Paul Holloway’s reading that ‘Paul is worried that the disconsolate Philippians have stalled in their faith and have grown diffident in their proclamation of faith’ (Philippians: A Commentary, Hermeneia [Minneapolis: Fortress Press, 2017], 100) problematically falls into this category.

[9] Although theories of partition within Philippians are to be taken seriously, I remain reasonably content that it is one letter sent from Rome.

[12] Holloway, Philippians: A Commentary (2017) which builds upon idem, Consolation in Philippians: Philosophical Sources and Rhetorical Strategy, SNTSMS 112 (Cambridge: CUP, 2001), and other articles.