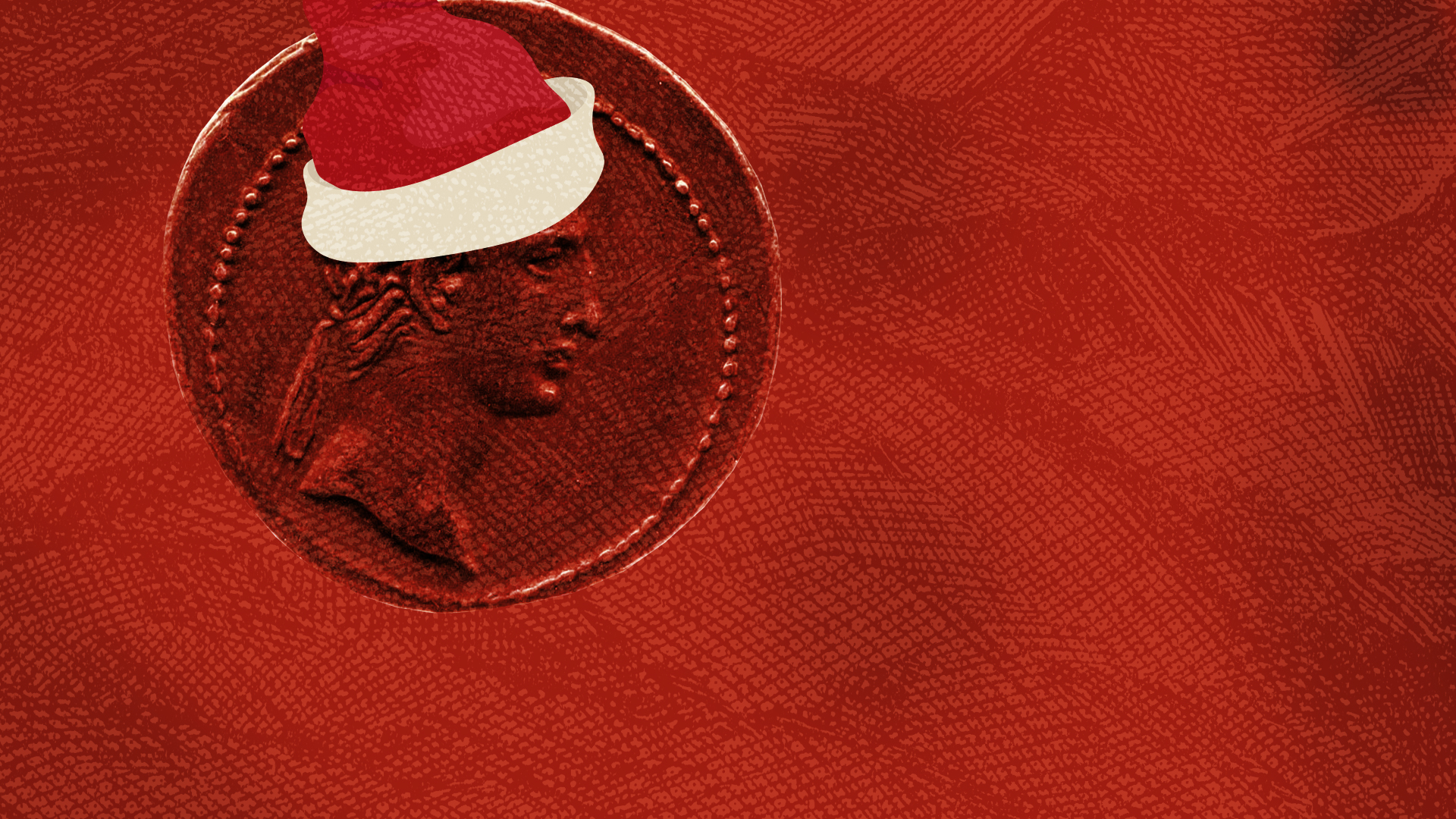 Ancient Coinage and the First Christmas

Ancient Coinage and the First Christmas

Every ancient coin tells a story. Not necessarily an historically objective story, but an accurate portrayal of how the issuer of the coin wanted to be perceived. The images and textual inscriptions struck onto Roman coinage were carefully designed, minted, and then broadly circulated as a unique form of intentional communication.

In the absence of other forms of transmittable or portable mass media, ancient coinage played a significant social and political role in the dissemination of political messages. This “government-sponsored art”[1] sought to advertise and reinforce Roman ideals and combine them with contemporary messages.

The Roman historian Suetonius (first/second century CE), reports Augustus’ favourable visit with an astrologer and then specifically highlights that “Augustus was so confident of the greatness of his destiny, that he published his horoscope, and struck a silver coin, bearing upon it the sign of Capricorn, under the influence of which he was born” (Sue. Aug. 94.12). In so doing, Suetonius reveals significant imperial influence into the coin’s design.

Following the death of Julius Caesar in March 44 BCE., Octavian (later Augustus) held a series of public games in honour of Caesar in July of the same year.[2] Pliny the Elder’s Natural History 2.23.94, he notes that Octavian attributed particular significance to this astral phenomenon, “On the very days of my Games a comet was visible for seven days in the northern part of the sky. It was rising about an hour before sunset, and was a bright star, visible from all lands. The common people believed that this star signified the soul of Caesar received among the spirits of the immortal gods, and on this account the emblem of a star was added to the bust of Caesar that we shortly afterwards dedicated in the forum.”[3] Similarly, the Roman historian Suetonius notes, “at the first of the games which his [Caesar’s] heir Augustus gave in honour of his apotheosis, a comet shone for seven successive days, rising about the eleventh hour and was believed to be the soul of Caesar, who had been taken to heaven; and this is why a star is set upon the crown of his head in his statue.”[4]

The vivid association between Caesar as divine and Octavian as son of the deified Caesar had the dual function of securing the allegiance of Caesar’s loyal military veterans and simultaneously enhanced Octavian’s own status as a son of the divine Caesar.

In 18 BCE Octavian (now Augustus) explicitly drew on this typology when issuing several series of silver denarii. Augustus’ portrait and title on the obverse were paired with the Julian comet on the reverse. Doing so encouraged people whose hands the coin passed through, to view the latter favourably in light of the former.

But did the general population that actually used these coins notice any of the details stamped upon them? A growing body of ancient literary evidence supports the idea that they did. By way of example, Arrian’s Discourses of Epictetus 4.5.17 (early 2nd century CE) has Epictetus say “the imprints which he brought with him in his mind, such as we look for also upon coins, and, if we find them, we accept the coins, but if we do not find them, we throw the coins away. Whose imprint does this sestertius bear? Trajan’s? Give it to me. Nero’s? Throw it out, it will not pass, it is rotten.”

Likewise, the Roman statesman and historian, Cassius Dio highlights both the significance and public prominence of Brutus’ Eid Mar coin, “Brutus was busy with these things, and on the coin which he struck he impressed his own image, and a Cap of Liberty and two daggers; by this and through the inscription he made plain that he, with Cassius, had liberated their fatherland (Roman History 47.25.3).

In light of this rich and diverse numismatic context, the significance of the nativity star in Matthew 2 comes into sharper focus. According to the Matthean narrative, the magi had been guided by the ἀστήρ to a relatively obscure provincial location to worship the king of the Jews (Mt 2:2). Keeping in mind that the Greek word ἀστήρ can just as easily refer to a “star” as it can the “sun”, “moon”, “comet” or “planet” (see for example elaborate horoscope PSI VII. 765), Matthew invests the apparently parochial location and event with its full political and cosmic significance. In no uncertain terms, Matthew offers an alternative identification to the deified Caesar. It is Jesus, not Caesar or Octavian, who is heralded by the astrological phenomenon. In so doing, Matthew draws upon innate Roman interest in astronomical events and demonstrates their full significance, “When they saw the star, they rejoiced exceedingly with great joy. After coming into the house they saw the Child with Mary His mother; and they fell to the ground and worshiped Him” (Matthew 2:10-11).

Given this fascinating illumination, the question remains as to how coins might be more systematically employed for New Testament interpretation.